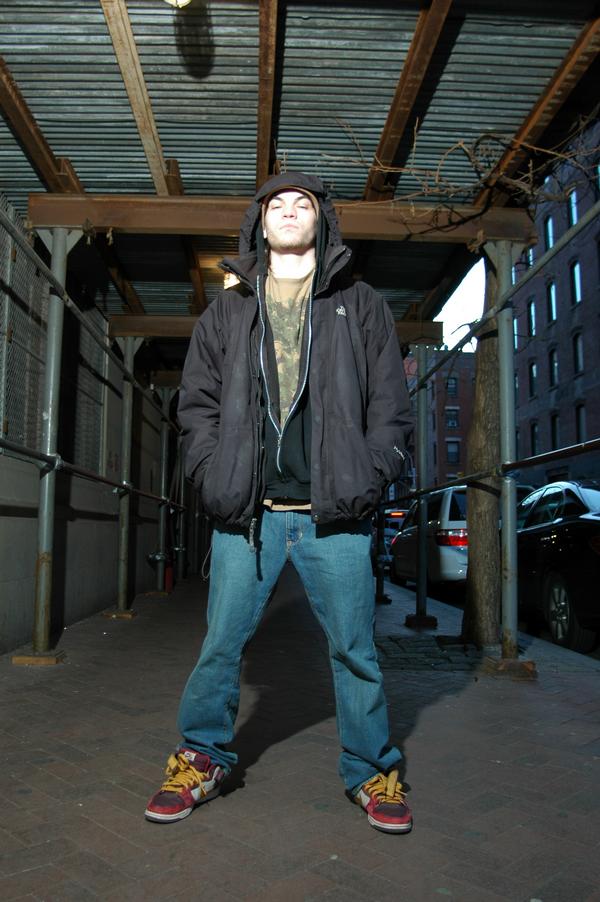 The Philly hip hop scene is no stranger to out of state transplants. One of our newest would be New Jersey producer Mr. Green. You most likely know him from his work with Pace Won, although the rest of his fast growing resume is also quite impressive. So, for those who might not be familiar yet, here's your chance to find out why "The Only Color That Matters Is Green."

215hiphop: You gained a lot of recognition for the album you did with Pace Won. What other artists have you produced for?

215hiphop: You recently moved to Philly, how do you like it?

Mr. Green: It's dope, good people, good food, art and music everywhere, I love it. I've even been encouraging some of my people from Jersey to move out here. I still represent for Jersey 100% but Philly has been great to me so far.

215hiphop: How do you like the Philly hip hop scene?

Mr. Green: It's cool, there are tons of people doing their thing here and (from what I can tell) there aren't too many people beefing about it. The thing that I really like about Philly's hip hop scene is that it goes way deeper than just rap. There is a huge DJ scene and also there are lots of breakers and graffiti artists. It's an inspiring place to be. I even started making music videos documenting the graffiti in Philly. Here is the first one I made did in North Philly: http://www.youtube.com/watch?v=-8GCGEejE-k4

215hiphop: Any Philly artists you'd like to work with?

Mr. Green: Yeah definitely. I grew up listening to underground so the people I really want to work with are Jedi Mind Tricks and Last Emperor. I'm in touch with both of them so that should happen really soon. It would also be dope to work with the Roots and State Property.

215hiphop: So what kind of production equipment are you working with?

Mr. Green: I make all my beats on the computer. I use FL Studio mainly but sometimes I'll use Reason. To record I use Protools and I use the Waves Diamond Bundle for mixing and effects.

215hiphop: My favorite beat of yours is Children Sing. You told me, if I'm not mistaken, you didn't remember making that beat?

Mr. Green: Not exactly, hahaha, I remember the day that I made it, I just don't remember actually making it... It was September 21st 2008. I had just gotten my hands on some OG Kush and I had a bunch of crazy Hebrew samples to go through. I sat down, smoked, and then made like 8-10 beats in a row. The next day, I went through the beats, and one of them was Children Sing. So I remember WHEN I made the beat, but I just don't remember making it... I was in the zone.

215hiphop: Any future projects we should be looking out for?

Mr. Green: Pacewon and I just wrapped up our 2nd album. It's called "The Only Number that Matters is Won" and it's coming out this Fall on Raw Poetix Records/Orchard. It's got Snoop Dogg, Lee Scratch Perry and Philly's own Lawrence Arnell are all featured. In September I'm dropping my third instrumentals album, "Classic Beats Volume 3." That's coming out on my own label, Green Music Group. I've also got a blend tape coming out at the end of July with my homie DJ Critical Hype from DJ Green Lanterns' Team Invasion. It's called "Mr. Green vs. Wu Tang" and it's gonna be something people remember.

215hiphop: Any final words for Philly?

Mr. Green: Yeah, if you want to hear some of my music go to www.greenhiphop.com. Also, check out my TV show on Channel 66 (if you have comcast) or channel 29 or 30 (if you have Verizon). It's an underground variety show called "This is Our Show." It's got hip hop, graffiti, bmx/skateboarding, crazy people and there are always some surprises.

You need to be a member of 215HipHop.com to add comments!